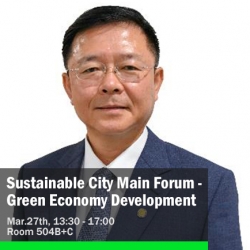 Mr. Kyong-yul Lee is the Secretary General of WeGO. Prior to joining WeGO, he was a professional career diplomat for 33 years. He has been in charge of major international issues such as trade, investment and official development assistance for the Ministry of Foreign Affairs(MOFA) and the Ministry of Health and Welfare(MOHW). He majored in economics at Seoul National University and joined the Ministry of Foreign Affairs in 1985. He was a Counsellor at the Korean Embassy in Washington D.C., and Minister-Counsellor at the Korean Embassy in Warsaw. He served as Director-General for International Cooperation at the Ministry of Health & Welfare before he was accredited to Angola as Ambassador Extraordinary and Plenipotentiary in 2014. He worked to establish the Korea International Cooperation Agency (KOICA) in 1989, and facilitated Korea`s accession to the OECD in 1996.