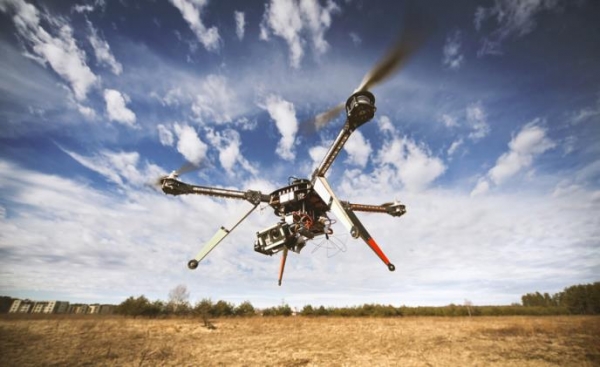 Executive Yuan approved the Draft Bill of Unmanned Vehicle Technology Innovation and Experiment Act on May 17th, freeing autonomous vehicles and drones from limits by some traffic regulations in their test runs. According to the draft, the default experiment period will be one year, and can be extended up to 4 years. The draft will be sent to Legislation Yuan for next legislative review.

Premier Lai Ching-te said on May 17th morning that the bill is a response to the rising global trend toward expanded application of unmanned vehicle technology. Drawing on the regulatory sandbox model, the proposed legislation provides for sensible and safe testbeds for innovative experimentation in order to advance the development of related industrial technology and service applications. 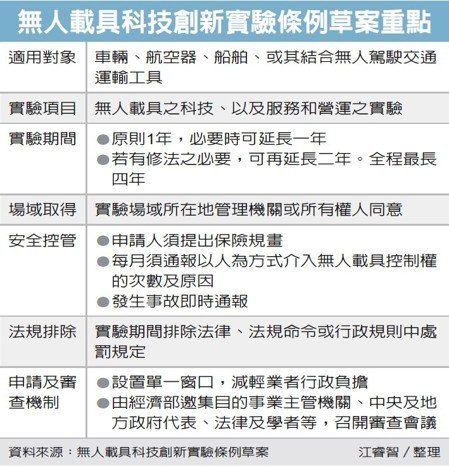 The draft applies to unmanned technologies including autonomous cars, drones, and autonomous boats, allowing industry, academia and research institutes to conduct innovative experiments on the technology, services and operations of unmanned vehicles under specific conditions and unengaged by certain inspection regulations.

According to the Draft, unmanned vehicles refer to driverless transportation including cars, aircrafts and ships. Once approved, innovative experiments of unmanned vehicles are not required to follow specific regulations from Road Traffic Management and Penalty Act, Civil Aviation Act, The Law of Ships, The Seafarer Act and Telecommunications Act, such as vehicle inspection requirements, driver’s licenses and registrations for practice.

The Draft generally grants a one-year period for unmanned vehicle innovative experiments, and a one-year extension may be applied if necessary. In case any need for regulatory adjustments occur and recognized by the authorities in charge, the experimental period can be extended to a maximum of four years. Any applications, extension and amendments of unmanned vehicle experiments will be reviewed by the Ministry of Economic Affairs within 60 days after accepted.

In order to ensure the safety during experiments, the Draft stipulates that the applicant must submit an insurance plan and issue a proclamation on the experimental sites. If an accident occurs, the applicant is liable for compensation according to law, and should promptly notify the authority in charge of the accident and following actions to take. The authority in charge is also entitled to suspend the program.