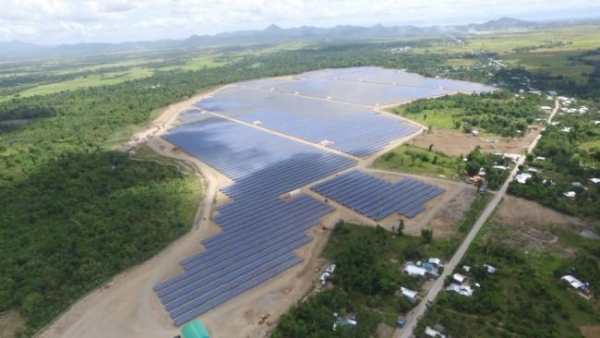 In 2013, the super typhoon Haiyan (known as Yolanda), the most intense tropical cyclone in 21st century, landed in the central Philippines, Leyte Province; about 6,300 people were killed and 25,000 people were missing, the Philippines was seriously impacted. In response to Philippines government's renewable energy policy, in 2015, SAS Sunrise Inc., subsidiary of Sino-American Silicon Group, invested 90 million US dollars to build the 50 megawatts PV power plant on 80 hectare's land; the monthly power generation is 5.9 million KWh. The average price of Philippines electricity is about 9.57 PESO per KWh; the price of the electricity produced by the PV power plant is 8.69 PESO per KWh, the electricity price is 10% cheaper than the standard. The PV power plant was constructed and completed within 6 months; the experience of establishing distributed PV power plant at high-efficiency and short period of time can be copied and applied at different regions of the Philippines. During the construction period, more than 800 jobs were created; the PV power plant operation for the next 20 years is also performed by Philippines local team. Through providing PV power plant total solution, SAS Sunrise Inc exported the Taiwan high quality products to Philippines and created a stable renewable energy and job opportunities in Philippines.